A Floriduh Fable in Which No One
‘Stopped the Steal’

Imagine a political race between Joe Smith and Mary Jones for a seat in the State Senate.  Joe Smith is an incumbent and Mary Jones is trying to unseat him.  Her backers come up with the idea of running a third-party candidate, who is never seen, never campaigns or states any positions, and who happens to have the same last name as the incumbent, Smith, a rather common name.  Political scientists refer to such candidates as ‘ghost candidates.’  Imagine that this one happened to be in debt and the $44,000 someone paid him to run was welcomed by him. 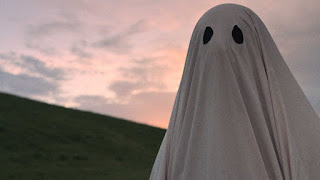 He only gets about 6,000 thousand votes out of the 215,000 which were cast but that was enough to make Mary Jones into a State Senator.  These votes, intended for Joe Smith, were cast by voters who mistakenly voted for the wrong Smith.

This really happened in Floriduh in 2020 in its 37th senatorial district. Look it up!  Although the criminals who engineered this bit of election fraud have been caught, and the ‘ghost candidate’ (who ‘flipped’ in court and told all) got off with house arrest and probation, the matter concerning those who engineered this scheme is still bouncing around the legal system while ‘Mary Jones’ is safely sitting in the State Senate in the seat that was stolen for her by election fraud.  The primary perpetrator of the fraud was a lawyer, so expect at least a few more years of postponements and delay before justice is fully served, if that ever will be in this case, despite his having bragged about his ‘accomplishment’ in a Floriduh bar on election night before many witnesses.

I am puzzled why, once the truth was revealed, Smith’s party did not go to Court to disallow the corrupted election and sue to have another election take place.  If they did, I didn’t hear about it.  Perhaps it was because they were already a minority in the Senate and one seat, more or less, didn’t change anything, so they ‘made nice’ and accepted the corrupted result.  It was this kind of spineless behavior on the part of Floriduh Democrats that makes me proud that I switched my party affiliation from Democratic to ‘No Party Affiliation' last year.

*I had other reasons as well, listed below.

Be that as it may, Mary Jones nevertheless occupies a Senate seat because of an election in which a majority of voters in her district either voted for her opponent or at least thought they were doing so. The voters were shortchanged by this fraud.  (Her victory was by about 35 votes.  The ‘ghost candidate’ with the same last name as her opponent  received over 6,000 votes.)

If Mary had any honor, she ought to have graciously resigned, which she did not.  Such a moral shortcoming was not uncommon in the administration of the defeated former president in which Mary, founder of ‘Latinas for Trump in 2016,’ had been a deputy press secretary in the Department of Homeland Security.  She is no different from most members of her party, lying being their main political skill and strategy.  As for honor, that is a concept totally foreign to them.

The names in this tale have been changed to avoid confusion with others who may, like losing candidate Smith, have similar names, but as I said, you can 'look it up.'

The party of these scoundrels attempted to pull the same stunt in other districts, using ‘ghost candidates’ to take votes away from their opponents, even if the names were not the same.  They too have been apprehended. One has fled the country.

The accused all come from a political party that is constantly screaming about stolen elections and election fraud, which they are never able to back up with evidence.  In this case, however, a State Senate seat was indeed stolen and the fraud is real and the evidence is there.

They are a bunch of filthy scoundrels and no one with half a brain should ever vote for any of them, and that includes the two of them who are running for re-election as Governor and United States Senator in Floriduh.  Perhaps if the voters of the Sunslime State get wise to these two charlatans on November 8 and vote them out of office, I’ll start spelling the name of the State properly.

*My other reasons for ceasing to be a registered Democrat, listed a few months ago on this blog, include:

To How Many People Have You Forwarded This Blog?

I am proud of this poem.  It is not just a collection of patriotic rhymes. It sums up a lot of my thoughts.

It was written in response to the meaningless slogan of the defeated former president, ‘Make America Great Again,’ which encourages his supporters to look back to any time in the past that they think was better than what America is today, casting negative aspersions on any changes which may have occurred since that elusive time in the past that they feel have diminished America’s greatness, and pointedly reduced their own traditional social and economic positions.

The first verse points out that what really makes America great has been its ability to survive the attacks on democracy presented by the crises of 1776, 1812, 1860, 1918, 1941, 2001, and most recently, by the efforts of the defeated former president to disrupt the peaceful transfer of power which has followed every presidential election in American history except his, culminating in violence on January 6, 2021. That ability enables America to continue its role as a ‘city on a hill,’ serving as a democratic beacon to other nations.

The second verse points out that America is a nation based on laws, as established in the Constitution and those subsequently developed in the spirit of that document and of the Declaration of Independence as well. The unspoken alternative to staying afloat is sinking.

The third verse assigns responsibility for maintaining this greatness to us as individual citizens.

To How Many People Have You Forwarded This Blog?