Let's start off with the latest from Harvey Sage.  What do you think?


This short insight is based on reality. I hope it inspires you. Do you have a parallel experience?  If so, why not share it.      Harvey

What does an angel look like? They are mentioned in many religions. People attest to their existence. Some are said to be big, white beings with wings and halos. Frankly I’ve never given the subject of angels much thought. At least not till now.

A few days ago I d to go to the doctor. Because all the handicapped spots were taken I had a long, long walk to the office. With my bad knees I trudged along with use of a cane for at least a quarter mile. Ouch! I made it. Then after my business was finished I had to walk back. Ouch again. As I approached the parking lot my steps grew smaller averaging a few inches per stride. I kept on, trusting in God as I wearied on. Then I heard a voice.

“Do you need help mister?” A beefy young man with beard and muscles was at my side. Now I am a proud and independent person trying to fend for myself. But at this juncture I had reached the end of my tether, ready and willing to lie down on the street and go to sleep.


“Over there,” I pointed about thirty yards which to me seemed like thirty miles.


When he drove it over I thanked him. His name is Ryan and I asked the Lord to bless him for his kindness. I thank God for him.

At that moment a messenger from God had appeared to help me. A tough looking fellow. Ryan. My angel. You never know.

The surviving Boston Marathon bomber will receive a fair trial, even though the massive amount of evidence makes its result apparent, even before the indictments and the proceedings begin.  Whether or not he receives the death penalty, which he deserves, may depend on how valuable he is as a source of information regarding other acts of terrorism.  Other questions arising from the bombing include:

How overburdened is our security system if, even after the Russians alerted us to the dead brother’s extremist leanings, his comings and goings, including his 2012 trip to Russia, were not monitored after the FBI’s initial investigation of him turned up nothing?
How many thousands of people in this country warrant the kind of watchful follow-up which Tamerlan Tsarnaev should have received?


How much liberty will Americans have to give up in order to create the kind of security needed to stop such acts of terrorism?
And if our government is to be able to accomplish this, how can it be done in a climate where government budgets are being slashed and the number of public sector employees is being reduced?  (Law enforcement is part of the public sector.)

Law enforcement did a wonderful job in identifying and corralling the Boston terrorist bombers, and they have been complemented for it.  It will be more difficult, however, to resolve the questions posed above, without politicizing them.
JL

What if the War Between the States had Ended Differently?

What if the Civil War had ended differently?  What if Abraham Lincoln had agreed to let the Confederacy go its own way as the price of ending the bloody struggle?  What would things have been like?

Well, Lincoln probably would not have been assassinated, but he certainly would have lost the support of those who would claim he “caved” in allowing the Confederacy to get away with secession.  Nevertheless, I think the Union would have survived, albeit with eleven less states.  As the country expanded westward, some of the newer states would probably have chosen to remain in the Union and some would have preferred the Confederacy. 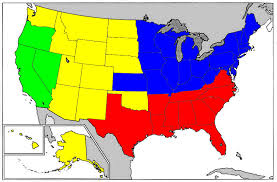 Most of the states shown in yellow would be in the Confederacy today.  The green states, and probably Washington, would probably be in the Union.


Slavery, of course, could not survive very much longer and it probably would have been abolished in the Confederacy within twenty or thirty years after the war had ended.  The South’s economy, still based on cheap labor and agriculture, would enable the Confederacy to survive, as would the North as well with its strong manufacturing base.


If this scenario can be extended up to the present day, with both nations still in existence, it is likely that the Union would not be as welcoming to immigrants as the Confederacy would be.  Immigrants would create unemployment in the North, but in the South, they would be in demand.  Agriculture demands a large laboring force, and since there would not be any more slaves to do the heavy lifting, Hispanic immigrants (generally willing to work longer hours and accept lower pay than the descendents of the freed slaves) would be in great demand.

Generally, business would find the Confederacy a good place in which to operate because of the lack of any government regulation whatsoever there.  In fact, most financial institutions, banks and insurance companies, even those whose business would be primarily in the North, would find a way to be based in the South because of the opportunity to function there in a totally unregulated manner.


The one shortcoming about doing business in the South, unfortunately, would be the unhealthy nature of the population.  The lack of any government participation in health care or medical research there and the high cost of private health insurance, would lessen life expectancy in the Confederacy, but because winters are generally mild in the South, which is nice, that would sort of compensate for having a lot of sick people around.


Also, the Confederacy would have strict laws prohibiting abortion and all residents would be required to own and at all times carry weapons.

In the North, on the contrary, strict gun control laws would be in effect and a woman’s right to choose an abortion would be guaranteed by a Constitutional Amendment.


Democracy would still prevail in both countries, but in order to vote in the Confederacy, rigid requirements would exist in order to prevent voter fraud.  The Democratic and Republican Parties would remain as the two basic parties in the North, but they would quickly wither away in the South, and elections in the Confederacy would be contested between two new parties, the NRA and the KKK, groups with which many Southerners would quietly feel comfortable.  If things worked out this way, the President of the United States today would still be Barack Obama but the Chief Executive of the Confederate States of America would be  Ron Paul. 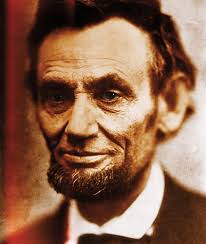 In retrospect, I am glad that Abraham Lincoln decided to stand his ground and not let the Southerners get away with secession.


Could the resolution of the “conflict” between North and South Korea rest in the availability of cheap North Korean labor for South Korean manufacturers, as discussed in the prior two postings of this blog?


As I indicated, I feel that the Kaesong Industrial Complex, where South Korean firms manufacture some of their products or components of these products using dirt-cheap North Korean labor, should remain closed.  Keeping it closed would hurt the North Korean economy, to which the currency pumped into that economy by South Korean firms is very important.  And remember, such currency can fund that country’s nuclear bomb program.


Would such a permanent choking off of that money be enough to bring about a change in North Korea’s bellicose stance?  Would South Korea, with the support of the United States, offer to do an even greater amount of low wage manufacturing in North Korea in exchange for a permanent peace treaty between the two nations including North Korea’s agreement not to build any additional nuclear weapons, not to improve those they already have, and never export them to other countries?

Opposition to this, of course, would come from China whose inexpensive labor costs would be undercut by this arrangement and from South Korean laborers who would face unemployment or wage reduction as their jobs flow to North Korea.


Most readers of this blog are alerted by Email every time a new posting appears.  If you wish to be added to that Email list, just let me know by clicking on Riart1@aol.com and sending me an Email.   BY CLICKING ON THAT ADDRESS, (shown above in red) YOU CAN ALSO SEND ME YOUR CONTRIBUTIONS TO BE PUBLISHED IN THIS BLOG AS WELL AS YOUR COMMENTS.   I am just a click of your mouse away.

Also, be aware that www.Jackspotpourri.com is now available on your mobile devices in a modified, easy-to-read, format.
* * *   * * *   * * *
To view older postings on this blog, just click on the appropriate date in the “Blog Archive” off to the right, or scroll down until you see the “Older Posts” notation at the very bottom of this posting.  The “Search” box can also be used to find older postings.

To send this posting to a friend, or enemy for that matter, whom you think might be interested in it, just click on the envelope with the arrow on the "Comments" line directly below.   Even better, let me know their Email address so that they may be alerted to future postings.