Thankgiving Reading (between all the other stuff)

Okay, it’s Thanksgiving Day, with a big spread on the table, a big parade on TV to watch and three great NFL football games!  Happy Thanksgiving!

Possibly you can find a few spare minutes to read two really great columns which were published over the past few days.  First is Michelle Goldberg’s New York Times column about two Republican lies.  Click Here To Read It.

Then read what the Washington Post’s Kathleen Parker had to say about the impeachment hearings.  (I’m surprised she hadn’t been aware of Jim Jordan’s attire earlier.)  Click Here To Read It.

Now go back to your turkey. 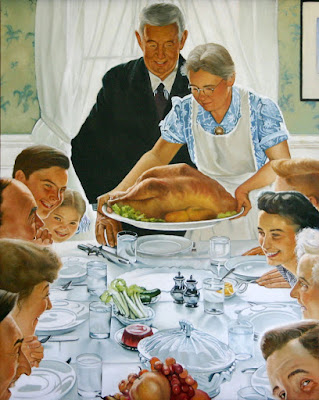 The Price of Expanding Democracy?

Back in 1789, when the representatives of the thirteen former British colonies got together and established the United States of America, based upon its newly written Constitution, they represented the voters in their States.  Directly or indirectly, that’s how they got to Philadelphia.  Let’s look at those voters who sent them there.  Generally, to be able to vote in those days, one had to be a property owner or meet some other restrictive requirements.

As a result, it turned out that those who did have the right to vote were more or less educated, they were readers of newspapers and books, conversant with political and economic issues and able to deal with their conflicts and disagreements in a rational, civil manner.  Hence, those who “elected” the writers of our Constitution, our Founding Fathers, were not the common working men nor farm laborers.  The typical citizen of the new nation did not have the right to vote in 1789.  But this somewhat elitist body of voters soon changed.

By the time Andrew Jackson was elected President in 1828, the right to vote had been expanded in almost all States to include almost all adults (except women and slaves).  This far broader electorate was generally less educated and less familiar with the issues facing the nation than was the more restricted electorate of earlier years. But politicians like it that way!     Emotional appeal of candidates, campaigning and party loyalties became more crucial in determining the result of elections than knowledge of the issues.

This was the price the country paid for the expansion of democracy to more and more of its citizens.

If the Founding Fathers of 1789 had been sent to Philadelphia to write a Constitution by an electorate made up of the kind of voters which existed forty years later, I do not think we would have ended up with the same Constitution we have today, or perhaps none at all.   I suspect that we would have gotten a government where the power of the President would have been much greater that the Founders provided in 1789.  With the strength of a greatly expanded body of less sophisticated voters backing them, Andrew Jackson, James Polk, and Abraham Lincoln, for example, all stretched the powers which the Constitution gave to the President far beyond that which the Founding Fathers contemplated.  This continued through some subsequent presidencies and continues today, despite efforts by the Legislative branch, and occasionally, the Judicial branch as well, to limit presidential power, which, particularly in times of crisis, seems to know no limit.

But let us return to 2019, or more specifically, to efforts to impeach the President and the 2020 elections.  The testimony and documentation presented in the House Intelligence Committee’s hearings, based on factual testimony from neutral experts, unequivocally make it clear that there is more than adequate unchallenged evidence present to impeach the President of the United States.

Those who oppose impeachment hang their hats on discredited “fictions,” thoroughly investigated by and proven wrong by our intelligence services.  In the face of logic and fact, they persist in insisting on the veracity of what has been repeatedly proven to be wrong.  Stubbornly hanging on to this position, they will unsuccessfully fight the inevitable Bill of Impeachment which the House will soon pass.  They will be more successful in the Senate, however, where the Republican majority cowers in fear of the losing the votes of the President’s supporters, who believe any and all lies told in his defense.

This is what the Founding Fathers did not anticipate in 1789, that we would have an expanded, misinformed, electorate which makes up its mind based on campaigning, emotional appeal and party loyalties rather than knowledge of issues.  Hence, the President will be let off by the Senate.   He will get away with his malfeasance.  As it developed during the nineteenth century, this is the price the country paid, and continues to pay, for the expansion of democracy to more and more of its citizens.

Yes, there are dangers to unlimited democracy just as there are dangers to the elitism of the Founding Fathers.   The Constitution which they devised works to deal with both of these dangers with its balancing act between the three branches of government, even in the environment of an expanded electorate.  We must have faith in it.

This dichotomy will persist in the 2020 presidential election.  One side will have the facts and truth on its side.  The other will stand firm in denying facts and truth and their votes will count just as much, even though they are based on a belief, often naïve or honest, in lies, usually originating with the President.

Well, the impeachment hearings are over and it is clear that the President violated his oath of office and should be impeached.  Every Republican response to the unequivocal evidence presented at the hearings has been torn to shreds.  But Republicans refuse to recognize the truth when they see it, putting their party unity over their American citizenship and its responsibilities.  Today, being a Republican borders on not believing in the Constitution.

The House will impeach the President.  The Senate, however, dominated by cowardly, craven Republicans, will not convict him.  Most of his supporters are incapable of fully grasping what the President did because of the ambiguous way he ordered laws to be violated and pressure exerted on the new Ukrainian president.  Their “pitch” is that whatever the President did was within his authority and no connection of wrongdoing can be directly linked to him.  That straw is enough for Republicans, afraid of losing their seats if the extreme right challenges them.


The hope for the survival of democracy in this country is based on the assumption that enough Americans in crucial States can see through Trumpublican lies, abetted by continuing Russian interference in our election process, and vote as patriots and not as tools of the President.

A few words about how Trump gets away with this:  His claims are ambiguous (“A lot of people are saying …,”) or refer to others (“Ask Rudy”) or based on fictional conspiracy theories disproven by all of our intelligence agencies and believed only by the gullible, of which there are many millions in the United States, who get their news from unreliable sources such as Fox News or right wing sources.  Trumpublican attacks on the rest of the media steer such dullards from the truth.

Summing up, nailing down Donald J. Trump so that he can not only be impeached, but finally removed from office, is like wrestling with a heavily greased pig. 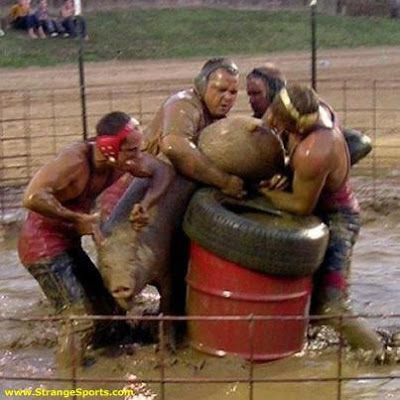 One thing the hearings proved is that the claim that it was Ukraine and not Russia that meddled with our 2016 election is a total fabrication, a "fiction" originated with Russian intelligence to drive a wedge between Ukraine and the United States.  This, of course, would benefit Russia greatly.  All our intelligence services have proven this to be a fiction beyond a doubt.  It only exists in the minds of those grasping at straws in order to support the President.

Republicans in Congress and a Butterfly Garden Report - Bees

Most Republican Congressmen and Senators

SEE NO EVIL, HEAR NO EVIL (but SPEAK a lot of it) 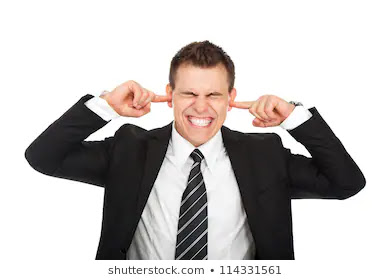 This is not a picture of pathetic Congressman Jim Jordan who doesn't even own a jacket.  If he were younger, it might be Mitch McConnell or Lindsey Graham.  Whomever it is, he is listening to the results of Tuesday's elections in Kentucky and Virginia and and avoiding talking to his constituants who are getting wise to Trumpublican lies.


While our Butterfly Garden is growing nicely, promising flourishing plants in the Spring, and caterpillars and cocoons (we are getting some right now), we also have a bee population which loves our Porterweed plants.  It's a fact that bee colonies throughout the nation have been decimated for reasons yet unknown.  This threatens the pollinization process of many plants, some crucial to agriculural production (such as the nation's entire crop of almonds!).   You can help the bees in their struggle by planting a Porterweek bush (try Home Depot, Lowe's or any garden store).  The bees will thank you and unless you bother them, they will not sting you.