Liberty Versus Security, "It Can't Happen Here" ... But It Did, "Labor Omnia Vincet" and David Brooks' Thoughts on Aging


A big factor resulting in the Republican base being dominated in 2016 by angry middle class working people is their dissatisfaction with a system which they feel has shortchanged them.  These are the folks who are turning to Donald Trump for a solution. On the Democratic side, the unexpectedly large number of supporters Bernie Sanders has amassed manifests the same thing.  So this is not a Republican or a Democratic response.  It is an American response.


Primarily, this dissatisfaction arises from what has happened to the job market in this country.  Wages, when considered along with the rest of the economy, have actually gone down over the years.  Jobs which used to be plentiful have disappeared and have been replaced to an extent by new kinds of employment, with most job creation occurring at the lower and upper levels and few in “the middle” and which seems to be constantly evolving and changing, making retraining difficult. The computer programming a displaced coal miner or textile worker learned last year may be obsolete today.  Finally, the idea of a job lasting for an employee’s entire career has disappeared.  Frequent employment changes, once a sign of personal instability for most people, are now the rule, with companies themselves even losing the permanence they once had.  All of this has enormous implications for such things as health care, home purchasing, paying for education and retirement planning as well as public attitudes toward immigration. 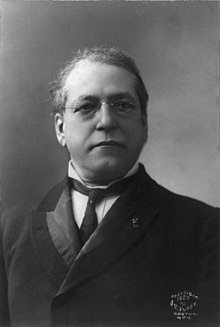 Samuel Gomphers, labor leader in the late nineteenth century and founder of the A.F. of L. started by unionizing the cigar makers in Tampa.


Certainly, this cannot be blamed on the Democratic Party, which has always had a strong pro-labor union position.  It is the Republicans who have fought the unions with attacks on the National Labor Relations Board, promoting state right-to-work laws and other union-busting activities.  It is the business community which has moved its manufacturing overseas where inexpensive, overworked low cost labor is available to replace the good and more expensive jobs which labor unions had brought to the American working person.  And generally, this business community has supported the Republican Party which in exchange, has favored it from trade and taxation standpoints. 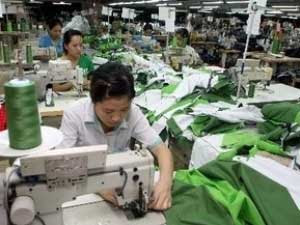 So when dissatisfied, angry middle class working people look for someone to blame for the difficult economic challenges they face, the culprit stands before them.  It is the Republican Party. They have never been the friend of working people.  And that includes former film union leader Ronald Reagan who, like the Pied Piper of Hamelin, led America down the wrong fork in the road leading to mythological “trickle down” economics. They have decimated the protector of the working person, labor unions. Blame them, folks!  Not Barack Obama!  Rather than continue to support the G.O.P., hoping that the dangerous and hollow oratory of their two leading candidates for the nomination will change things, dissatisfied middle class working people would be better served by organizing and supporting labor unions and their allies in the Democratic Party.  That good place always was and should be the home of the working person.


*My Latin isn’t particularly good but “Labor Omnia Vincet” can be taken to mean that “hard work will solve all problems” or that the Labor Union movement will ultimately triumph over all.  Some unions have it in their seals and it happens to be the State motto of Oklahoma, where obviously, it refers to “hard work” and not to Unions.

There has always been a problem in achieving a balance between liberty and security.  Back in feudal times, serfs sacrificed their freedom in exchange for the protection of the nobles who guaranteed their safety by providing them with security from attacks by any marauders from the manor down the road.


In times of war, personal liberties are often temporarily sacrificed in exchange for the ability to more effectively fight an enemy, with the national good as the overriding objective.

Right now, in combating terrorism, here and abroad, we are asked to sacrifice liberty by enabling our government to invade our individual right to privacy, including electronic communications.  Initially, it would seem that it is not too big a price to pay for increased security.  But really, it is the same as giving someone the okay to slit open and examine the contents of any envelope which the postman leaves in your mailbox, including love letters, business correspondence and dunning letters from creditors, the kind of things about which you might not want others to know.  Do you really want to do that?  Despite assurances of confidentiality, once private information is looked at, it is no longer private.  And electronic surveillance of what happens on your cell phone or other electronic devices is no different than such an invasion of one’s outdoor mailbox. 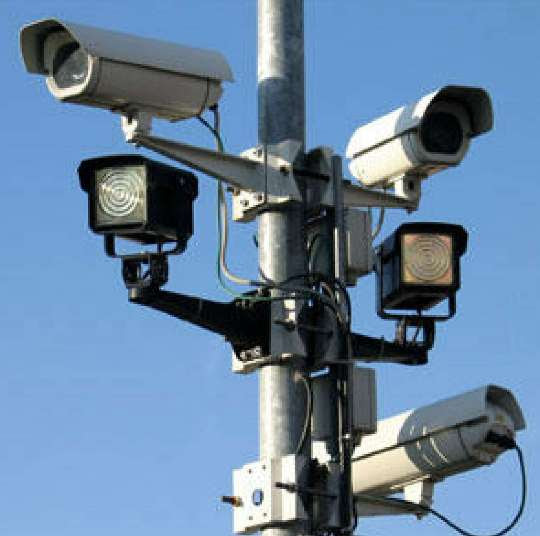 Someone is watching you


But if it will protect our nation’s security, is this too great a sacrifice to make?  After all, most people have nothing to hide.   In making this decision, the key is how severe and menacing are the dangers at which such measures are directed.  Certainly, acts of terrorism which can take many lives fall into this category.

Once some privacy is given up, lessening liberty in exchange for more security, it is vital that it not be made the norm, and provision made to restore liberties which were given up, once the crisis calling for such measures is resolved.  And any government which acts in this manner should do so reluctantly, only with the acquiescence of the people, and with no intention of giving permanence to any authoritarian steps it may temporarily take to achieve its aims.
JL

"It Can't Happen Here" Department:  More Dirt about a Founding Father (The Alien and Sedition Laws)


And while on the subject of “liberty and security,” think back to the Alien and Sedition Laws of 1798.  I am sure you vaguely remember them from your high school days.


Briefly, (1) they gave our government the power to imprison or deport non-citizens deems to be dangerous in wartime and even in peacetime,   (2) they mandated a very long period of residency in this country, fourteen years, before an immigrant could apply for citizenship (and be able to vote), and (3) they gave the government the power to fine and imprison anyone who speaks out against it!  In this country, the United States of America, no less!

Well, back in 1798 our second President, John Adams, fought hard to get these laws passed, and in doing so, permanently gave the Federalists a bad name among voters.

Certainly, a lot of liberty was lost when the Alien and Sedition Laws were passed, but supposedly, they were “necessary” security measures because of the threat posed to our country by the French Revolution and the presence of so many “questionable” immigrants here, but was they really necessary?  Even though there had been some naval issues with France, they really did not amount to very much.  The Laws appeared to have been more of political tools to be used against the Federalists’ opponents. That’s why we must be very, very careful when we are asked by our government to give up liberty in exchange for security.


But John Adams had his reasons.  The bloody guillotine-armed French Revolution was still going on in Europe and its virus threatened to spread to this country, and therefore, Adams wanted to keep immigrants out.  Sound familiar? (They were chopping off heads in Paris then just as ISIS is doing today in the Middle East.) Adams may have actually believed this to be a danger, but whether it was a real threat or not is questionable. And this extended to his wanting to be rid of those non-citizens already here whom the government deemed to be dangerous, whether or not this was the case. This same fear-driven idea is out there today. Just turn your TV on.


And finally, his aim was to significantly postpone when aliens already here might apply for citizenship and the right to vote.  It really was an attempt to restrict voting masquerading as a national security matter.  The same sort of thing goes on today when voting is made more difficult because of supposed “voter fraud.” 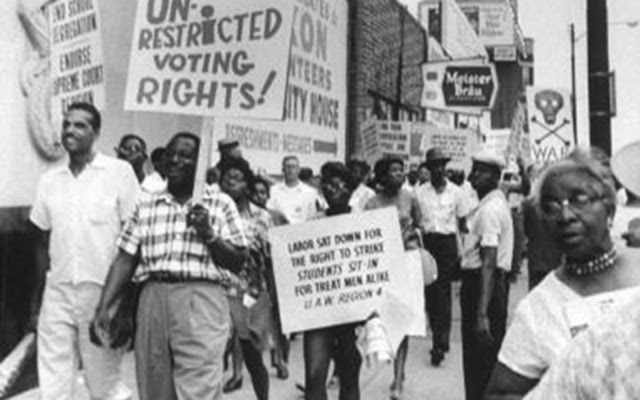 Adams didn’t want immigrants to become voting citizens because he feared many of them supported the supposedly pro-French “Democratic-Republicans” (Thomas Jefferson’s Party) which he saw as a threat to his “Federalist” Party.”  Adams saw the survival of the Federalists as synonymous with the survival of the country.  He suspected many non-citizens of feeling otherwise and did not even want them in the country, let alone casting ballots. This was pure politics.


Most significantly, he did not want critical articles appearing which would oppose the Federalist-controlled Government, painting it in a negative light, threatening its survival. Many journalists and even legislators were jailed and fined for this.  This was illegal and violated the First Amendment but unfortunately, it happened five years before the Supreme Court took it upon itself to determine if laws were Constitutional or not.  Marbury vs. Madison later established such “judicial review” by SCOTUS in 1803.


In 1800, Thomas Jefferson defeated John Adams and became President. (That election is an unbelievable story in itself, leading in part to the subsequent death of Alexander Hamilton in a duel.) He quickly released those still in jail due to these laws and refunded any fines they had paid. The laws automatically expired except for the one which enabled the government to imprison or deport enemy aliens in wartime, which still is in effect.  It was last used by Franklin Roosevelt and Harry Truman.


This bit of history points up that we should not be too hasty in giving up some of our freedoms in exchange for enhanced national security.  We should be very, very certain there actually is a real danger to our country, and not merely politicians creating the illusion of danger for purely partisan reasons as might have been the case in 1798 when these laws were passed.


John Adams was a great patriot, philosopher and player in the establishment of our country.  As a President, however, his record is undistinguished.
JL


A Brooks Column and Your Changing Priorities

In the course of a polemic (go look that one up) involving an Email exchange with a neighbor, I recently made the following comment:


My concerns, which overlap, more or less prioritize themselves as follows:


25% - maintaining good family and personal relationships with others,


10% - worrying about the future of American democracy, and


10% - everything else, which includes how our community is run.

This came to mind when I read a recent column by the New York Times’ David Brooks which touches on the changes in priorities which take can place at different ages.  It’s good reading regardless of how young or old you are.  Just click your cursor right here to  Check it out  and consider what are your present priorities.
JL