Black and Jewish Sensitivity, The Right NOT to Bear Arms and Economics


Are Jews and Blacks Overly Sensitive to Racism?
When Blacks feel they are being discriminated against, be it by overly zealous police, school systems, real estate brokers, landlords, employers etc., they sometimes react strenuously with demonstrations and protests and cries of "racism."  Other minorities often face similar discrimination but usually their reaction is far more subdued than that of the Black community. 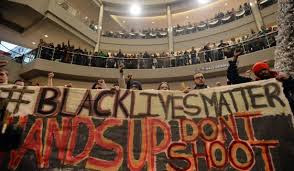 When Jews feel they are being discriminated against, usually in the social, employment or housing areas, or their loyalty questioned because of their support of the State of Israel, they sometimes react strenuously, but rarely with demonstrations or protests.  Rather, their reaction to such manifestations of racism is institutionalized through organizations such as the B’nai B’rith Anti-Defamation League, but it is nonetheless a strong reaction.  Other minorities often face similar discrimination but usually their reaction is far less organized than that of the Jews. (Such organizations also exist in the Black community as well, but their work often is coordinated with demonstrations and protests.)

I believe that the reason for this extreme sensitivity on the part of both Blacks and Jews in the United States to any efforts to treat them differently from other Americans is based on the fact that both groups were once enslaved and being enslaved is an experience that is never ever forgotten regardless of the passage of time. 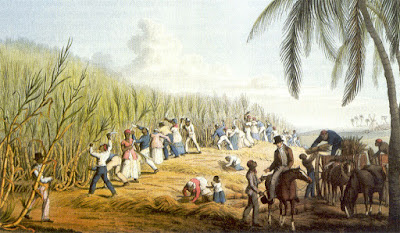 Slavery on a Sugar Plantation in America

Blacks at least half a dozen generations after the abolition of slavery in the United States do not forget that their ancestors came to this county in chains.  And the efforts of some Americans still to treat Blacks differently today serves to remind them that even if they might occasionally forget their heritage of slavery, others around them do not, and will not let them do so.  The recent shooting in Charleston is an example.

This remembrance carries with it the implicit warning that their freedom must be protected.  It is never automatically guaranteed.  And that, to some extent, explains Black reaction to discrimination and racism.  In that light, it is not excessive.


As for Jews, the Bible documents that Jews were once slaves as well, bound in involuntary servitude in Egypt for generations. The holiday of Passover serves to remind Jews that “once we were slaves but now we are free” and this message is repeated thousands of years later in even minimally observant Jewish homes during Passover.  In the light of the Inquisition and the Holocaust, it is necessary that it be repeated.

And the implicit warning it carries with it is that that freedom must be protected. It is never automatically guaranteed.  And that, to some extent, explains the reaction of Jews to discrimination and racism.  In that light, it is not excessive.

The reactions of both Blacks and Jews to manifestations of racism arise from similar roots, the remembrance and heritage of slavery.
Jack Lippman

Greece and Economic Theory from a Non-Economist
Credit makes things work!  Businesses could not survive without the money banks and investors provide them with.  And those providers of money make money through the interest they charge the businesses.  Most homeowners could not afford to buy their homes without a mortgage, another form of credit.  And day-to-day living, when we purchase things we cannot afford today, but “may” tomorrow, would be impossible without those plastic credit cards in our wallets.  The same thing holds true for governments which could not build bridges without selling bonds (borrowing money) or pay for other things it does without borrowing, either through selling bonds and notes (“Treasuries”) or reaching into other parts of its Treasury for what amounts to internal borrowing, from one pocket to another.  Tax revenues are not enough.

But the piper must be paid, sooner or later.  What is borrowed must be paid back eventually.  Or must it?  Businesses and individuals sometimes resort to “bankruptcies” to get out of paying their debt.  Governments sometimes try to do the same thing, or cut deals to relieve them of having to paying their obligations.  Government central banks fiddle with monetary policy so that the payment of debts is easier.  Increase the supply of money coming out of the mint’s print shop so that people have more of it, and while things usually cost more to keep pace with that increased amount of “cheaper” money floating around, debts incurred when a million dollars was borrowed to build a bridge or expand a business can be paid off with cheaper money, worth far less than what was originally borrowed.  I think we call that “quantitative easing” whereby the government buys bonds with money it really doesn’t have, but prints anyway, resulting in more money getting into circulation, cheapening whatever is already there.

And this is not a local thing.  In a global economy, when this occurs in one nation, it affects other nations with whom it trades, or borrows from, or lends to, so that a monetary crisis cannot be kept localized.

In Greece today, the government cannot pay its debts to those who risked lending it money, mostly in an effort to help it survive.  For them, the well is now dry and they are up against a brick wall.   But oddly, despite this sad story, there will be a Greece five, ten, a hundred and a thousand years from now.  Somehow, economics will be tweaked so that Greece survives.  The money is there, as it is in our country, and in the whole world.  The challenge is to get it into the right places.   In what form, and with what currency, and with what economic system Greece will end up, I do not know but it will survive.

As will we.
JL


Thoughts on Guns
A recent column by E.J. Dionne makes some interesting points regarding gun control.  The highlighting in red was done by this blogster emphasizing what should not be missed.  Here’s the full article.
JL

A new slogan of liberty: The right not to bear arms


E.J. Dionne Jr. (He writes for the Washington Post, where this first appeared).

Advocates of a saner approach to guns need a new strategy. We cannot go on like this, wringing our hands in frustration after every tragedy involving firearms. We said “Enough” after Sandy Hook. We thought the moment for action had come. Yet nothing happened. We are saying “Enough” after Charleston. But this time, we don’t expect anything to happen.


What’s needed is a long term national effort to change popular attitudes toward handgun ownership. And we need to insist on protecting the rights of Americans who do not want to be near guns.

None of this should mean letting Congress off the hook or giving up on what might be done. So kudos to Sens. Joe Manchin, D-W.Va., and Pat Toomey, R-Pa., for saying on Tuesday they are looking for ways to bring back their proposal that would require background checks for gun sales. In 2013, it failed to get the needed 60 votes and won support from only three Republicans besides Toomey.

Lest anyone doubt that gun-control measures can work, a study released earlier this month by the Center for Gun Policy and Research at Johns Hopkins University found that a 1995 Connecticut law requiring a permit or license contingent on passing a background check was associated with a 40 percent drop in gun homicides.

But as long as gun control is a cause linked to ideology and party — and as long as the National Rifle Association and its allies claim a monopoly on individual rights arguments
— reasonable steps of this sort will be ground to death by the Washington Obstruction Machine.

That’s why the nation needs a public-service offensive on behalf of the health and safety of us all. It could build on the Sandy Hook Promise and other civic endeavors. If you doubt it could succeed, consider how quickly opinion changed on the Confederate flag.

My friend Guy Molyneux, a progressive pollster, laid out how it could happen. “We need to build a social movement devoted to the simple proposition that owning handguns makes us less safe, not more,” he told me. “The evidence is overwhelming that having a gun in your home increases the risks of suicide, domestic violence and fatal accidents, and yet the No. 1 reason given for gun purchases is ‘personal safety.’ We need a public health campaign on the dangers of gun ownership, similar to the successful efforts against smoking and drunk driving.”


“The best way to disarm the NRA rhetorically is to make the Second Amendment issue moot,” Molyneux said. “This is not about the government saying you cannot own a handgun. This is about society saying you should not have a gun, especially in a home with children.”

Molyneux says his approach “does not imply giving up on gun control legislation.” On the contrary, the best path to better laws is to foster a revolution in popular attitudes. And this approach would finally put the rights of non-gun owners at the center of the discussion.

“Those of us who want to live, shop, go to school and worship in gun-free spaces also have rights,” Molyneux says. “Today, it is the NRA that is the enemy of freedom, by seeking to impose its values on everyone else.”

The nation could ring out with the new slogans of liberty: “Not in my house.” “Not in our school.” “Not in my bar.” “Not in our church.” We’d be defending one of our most sacred rights: The right not to bear arms.