By appointing Jack Smith as a Special Counsel heading up two existing investigations of the defeated former president, Attorney General Garland postponed a DOJ indictment toward which he could have proceeded right now. This will counter G.O.P. charges that the DOJ is being political, and will legitimatize the eventual indictments likely to result from Smith's work, and he is not one, it appears, to procrastinate.
That the defeated former president says he will not 'partake' of the Special Counsel's actions, translates as another claim to being above the law, which he is not any more than you or me are. Next time a trooper stops and tickets you for speeding, try telling him you do not 'partake' of such things, as he calls for backup. Garland has established his own backup with this appointment.
JL
*   *   *   *
And In Congress

Republican control of the House, while damaging to President Biden’s agenda, may in the long run be beneficial to Democrats.

If the saner Republicans dominate, they will find a way to cooperate with Democrats to get things done, looking to them for support, necessary because of the obstinacy of the crazies on the extreme right who only are interested in tearing down Democratic accomplishments and initiating ‘revenge’ impeachments.

On the other hand, If those crazies on the extreme right end up setting the tone of their party, that will continue the move of independents and saner Republicans toward the Democratic side, or at worst, not voting in future elections.  I believe that while their Freedom Caucus … the crazies …  is now down to about 31 Representatives, that is enough to implode the miniscule G.O.P. House majority.

Either way, Democrats should consider the continuing presence of Republicans like Boebert and Greene in the House as ever-present reminders of what potential Democratic leader Hakeem Jeffries has characterized as ‘a major in demagoguery and a minor in disinformation’ in the G.O.P.’s ‘academic’ credentials.

Finally, a Republican-controlled House will, at least temporarily, lessen the influence of overly progressive Democrats on the left. What is comes down to is different factions of both parties in the House of Representatives are talking to each other all asking the same question: ‘If we throw you some support, what can you do to further our agenda?’  So, what’s new?

As for the Senate, the Democrats will have 50 seats and the Republicans 49.  Should the G.O.P. win the Georgia run-off (Senator Rafael Warnock vs. retired football has-been Hershel Walker), making it 50-50, the Democrats will still have a majority by virtue of the tie-breaking ability of their presiding office, Vice-President Harris.

A true, fail-safe majority of 60 Senators seems unobtainable, but on matters dealing with the budget, the tricky ‘reconciliation’ process permits the present tiny Democratic majority to be enough.  The challenge for Democrats is to shoehorn non-budget-related items into that category.

Meanwhile, the decision on that one Georgia seat will depend on voters there on December 6 and those who donate to the campaign of Senator Warnock (as I have done) to counter what some believed to be large amounts of ‘dark money’ pouring into Walker’s campaign.  A victory there would give the Democrats control without counting on the Vice-President’s vote.

Since Daylight Savings Time ended, and we went back on Standard Time, I have, perhaps for the first time in my life, noticed significant changes.  Maybe it has something to do with aging, and was happening all along, but I was too busy to notice them earlier.

It has something to do with the body’s ‘circadian rhythms’ which like those of animals, are based on sunshine, or more specifically, sunrise and sunset.  Perhaps I didn’t notice it before, but now back on Standard time, I find myself more alert, am sleeping better despite getting up earlier, being able to think more clearly, being more motivated to do things, and most oddly, have a greatly enhanced sense of smell.

Although there are 24 hours in a day, and most of us require eight hours of sleep, it is most natural for our sleeping hours to terminate with the sunrise, leaving us with a full day of sunlight lasting until sunset, its amount varying with the seasons.  Today’s sunrise was before 7:00 a.m.  Getting out of bed very much later than that can disturb the circadian rhythm which affects all living creatures on this planet by diminishing the amount of sunlight one absorbs.   All animals, including homo sapiens, are designed to take advantage of the full dose of sunshine the universe provides, and not remain asleep for some of it, regardless of how it varies by season, caused by the rotation and tilting of the Earth as it spins in its orbit around the sun. 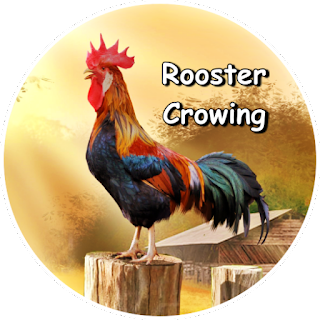 That’s why the rooster crows in the morning at sunrise.  He cannot be convinced to ‘cock-a-doodle-doo’ an hour later because of human legislation. But human beings can be convinced to rise an hour later, and go to sleep an hour later, even though that cheats them of about an hour of sunlight every day during six months of the year.  Doing so won’t kill you, but that wasn’t the way your body was built to operate.  Neither is sleeping an hour less each evening, so you don’t  miss any sunlight in the hour after dawn.  Both result in diluting one of the fuels on which the body feeds, sunlight or sleep.

I am for abolishing Daylight Savings Time and following the hours dictated by the sun, rather than some law to enable the greater amount of daylight we have for half of the year to unnaturally extend into evening hours chiefly for economic or social reasons.  I think that it would be healthier for everyone if we did that.

I knew enough about money to stay away from anything to do with ‘crypto currency.’  It smelled too much like saying that the money used in the game of Monopoly, if everybody believed in it, could be used as real currency to buy and sell things, and to invest.  In my opinion, only greedy fools and swindlers believe that.

The collapse of FTX, a trading platform for crypto currency, closely related to a Hong Kong-based brokerage firm which dealt with it, has cost many Americans billions of dollars who found, when they attempted to cash in their ‘crypto’ for real money, that it was as worthless as ‘Monopoly money.’  The judgement of businessmen who rushed to associate themselves with FTX (renaming the NBA arena in Miami, labeling the uniforms of MLB umpires, etc.) demonstrated that those who should know better always don’t.

Crypto currency is just a cousin of Ponzi schemes, and just like a game of Monopoly, there is no regulatory authority to keep it honest.  Monetary value has to be based on something real, like precious metals, tangible natural resources or most often, the backing of a sovereign nation’s government, not on fiction, or even worse, science fiction.   The lesson is an old one:  If the amount of money you can make from something sounds unbelievable, don’t believe it, and most of all, don’t put good money into it.

A side issue to FTX’s demise is the amount of real money it donated for political purposes, chiefly to Democrats in the recent election.  There should be very strict limitations on all political contributions from individuals, businesses, and organizations.  (Contributions for a ‘cause’ rather than for a candidate or Party complicate this.)  Perhaps political contributions should be totally illegal, with strictly limited campaign financing coming from the government for all candidates, but that is an topic for another posting.

And of course, please forward this posting to anyone you think might benefit from reading it.  The place to send them to is:

It has come to my attention that Google Blogspot, the platform on which Jackspotpourri is prepared, has revised its forwarding abilities.  If you click on the envelope with the arrow at the conclusion of every posting, (it looks like this:

), you will have the opportunity to list as many email addresses as you wish, along with a comment from you, each of which will receive a link to the full blog that you now are reading, with all of its bells and whistles.

This is a great advance from the very basic format Google Blogspot originally provided when they forwarded something.  It might take a few minutes longer to be sent but this method of forwarding offers the advantage of being able to forward jackspotpourri to many addresses simultaneously.  Either way will work, sending them the above link or clicking on the envelope at the bottom of this posting.