T’was in my last blog posting here that I warned about the unreliability of polling, when I cautioned readers to ‘watch for many election polls to be far off the mark.’ That they were.

Most of them had ‘the spread’ all wrong, just like the sports mavens who figured that Alabama would be there in the playoffs among the top four college football teams to determine which would be the national champion!  Who woulda thought?  Even TCU's Horned Frogs maybe?

Praise Be Floriduh for an Avalanche of Crap

Hey, Floridians!  Isn’t it nice to know that a majority of those living in the Sunshine State just voted to …

1.  support the banning of books, some classics taught for decades, in our schools,

2.  support the banning of teaching history that might make some students uncomfortable,

3.  support the denial in our schools of the existence of a LGBTQ population,

4.  do nothing more to control gun violence in a state where the Pulse and Parkland massacres took place,

5.  agree with curtailing a woman’s right to choose to have an abortion,

6.  support a laissez-faire attitude toward public displays of antisemitism,

7.  go along with the firing of a twice-elected state attorney whose only crime was disagreeing with the governor about prosecuting those who seek an abortion.

8.  approve the forming of a ‘voter protection police force,’ used to arrest alleged fraudulent voters, most of them Black while ignoring Republican-sponsored ’ghost’ candidates put on the ballot to sow confusion,

9.  approve of the browbeating of the State legislature into gerrymandering two mostly Black congressional districts out of existence,

10.      approve spending your tax money to trick Venezuelan asylum seekers into flying from Texas to Martha’s Vineyard promising non-existent jobs there, to embarrass Democrats and score points with the right-wing and anti-immigration supporters.

11.      agree with the appointment as surgeon-general and as a high-salaried faculty member at the University of Floriduh’s medical school of a physician whose contrarian views (anti-vax and anti-masking) differ from those of most respected members of the medical profession.

Yessiree, and Yes’mam, that’s the way your fellow Floridians voted.  That’s the kind of folks they are.  Don’t you just love them!  But smile when you look them in the eye or someone just might come knocking at your door late at night.

(For the first time, I find myself in agreement with the defeated former president about something!  He referred to a likely foe to his running again in 2024, the re-elected Governor of Floriduh, as ‘Ron DeSanctimonious.’  Yes, Ron is seriously proud of all those good folks who voted for the avalanche of crap for which he stands, enumerated above.) 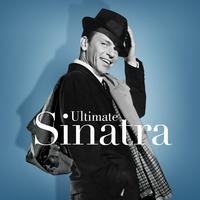 Frank Sinatra sang ‘I Did it My Way.’  Well, in the 2022 election campaign, I  did my part, ‘my way.’  When I look back at the many cash contributions that I made to the campaigns of candidates who were willing to fight for democracy, I was surprised that it added up to almost $400.  I also purchased, wrote out, and mailed a total of two hundred postal cards to selected voters in two States where there were crucial Senate races, those of Mark Kelly in Arizona and Catherine Cortez Masto in Nevada.

And I hope preparing two postings a week on my blog (https://jackspotpourri.blogspot.com) urging support of Democratic candidates, and sending them to at least 50 recipients, and which I believe were forwarded to many others, did some good.  I also wrote many letters to newspapers, a few of which were actually published, reaching tens of thousands of voters.  Can you say that you did your part, whatever it was, ‘Your Way’? I can say with certainty that ‘I Did it My Way.’

Incidentally, my letter to the SunSentinel concerning the abominable treatment of Crist supporters at the debate in Fort Pierce (see my 11/3 blog posting) was published, but with the comment about the police there wearing black shirts instead of brownshirts deleted.

Yes, education is important to the survival of democracy in America.  Brooks suggests college education as a defining criterion in the column mentioned above.  I believe that much more important is elementary and high school education, which is being contaminated by some really bad people (I see no other way of describing them), seizing control of school boards.  Take five minutes to read Brooks’ column and then read the much longer and very challenging article in the New Yorker magazine on right-wing mothers that will blow you mind!  JUST CLICK HERE  or find it at

Then try to figure out what to do about attempts to turn Mothers Day into ‘the Holiday from Hell.’

And of course, please forward this posting to anyone you think might benefit from reading it, especially that New Yorker article.  The place to send them is: