06-14-2022 - A Shakepearian Sonnet, Maureen Dowd's Opinion, Letters From an American, Futility of Compromise, and Some Bits and Pieces

There is only one overriding issue of political concern right now, encompassing much of what has been appearing on this blog. That is how to defeat Republicans on Nov. 8, about 21 weeks from now. The future of democracy in the United States, however imperfect it may be, is at stake. Really.  It is up to you.
To win in November, Democrats must capture the votes of women and persons of color, groups whose interests Republican actions consistently attack, including preserving both abortion rights and voting rights.
JL
* * *

‘Letters From An American’

Each morning I check out Professor Heather Cox Richardson’s daily newsletter, ‘Letters From An American.’  You should too.  JUST CLICK HERE to get there or paste this in your browser line:

Her newsletter is free.  If  you wish to comment on it, which hundreds of followers (including me) do every day, there’s a $5 monthly charge by Substack.  Below, I occasionally use the abbreviation ‘LFAA’ to refer to her newsletter. Give it a try.

It will not work for the President, the Department of Justice, and the Democrats in Congress (so long as they control it) to seek non-partisan support for their actions.  That will not work when its opponents have an agenda of their own which they ruthlessly work toward accomplishing.  Those who hold a serpent close to their bosom, someone once wrote, risk getting bitten. Two examples follow:

1.  There cannot be compromises on the crux of the gun violence issue, assault weapons. Regulating the people who have access to guns is no substitute for regulating the weapons themselves.  When one thinks about it, which is more dangerous to democracy?  Regulating people or regulating guns? (This paragraph was also posted by me on LFAA.)

2. There cannot be compromises on the indictment of those whose seditious acts aimed at overthrowing our government have been documented, including those who inspired, planned and organized them ... and that includes the defeated former president.  Democrats must stand their ground, even if it means armed conflict with the violent opponents of democracy who are willing to re-ignite the Civil War.  Democrats must be willing to suspend that very democracy through executive orders, including a declaration of martial law, to save it from obliteration.

Maureen Dowd is Spot On - An American Monster

Maureen Dowd’s column in Sunday’s New York Times recognized, as revealed in the televised January 6 hearings, that the defeated former president was ‘deadly serious about overthrowing the government.’  She pointed out that he knew he had lost the election and that he didn’t object to seeing his vice president hanged in order to avoid being labeled a loser. Dowd called the defeated former president an ‘American monster’ and compared him unfavorably to Frankenstein’s monster, who at least ‘had self-awareness and a reason to wreak havoc’ and who knew ‘how to feel guilty and when to leave the stage.’ Our monster, in contrast, Dowd wrote, is driven only by ‘pure narcissistic psychopathy, and he refuses to leave the stage or cease his vile mendacity.’ 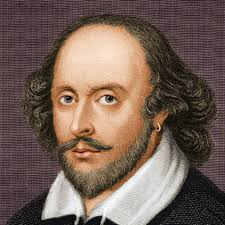 Belatedly, I recently saw the 2021 Academy Award winning film, ‘Nomadland’ starring Frances McDermond who won an Oscar for her performance.  Not a cheerful film, but well worth seeking out (if you have not seen it) for the truths with which it attempts to deal.

An example: McDermond attempts to cheer up a depressed young man (in the pathetic RV community where she sometimes lived) whose letters to his ‘girlfriend’ had gone unanswered.  She suggested he sent her a poem instead and recommended the one she recited years before at her wedding.  (Her husband was deceased.)  It was by a fellow named William Shakespeare who called it Sonnet 18.  Here it is:

Shall I compare thee to a summer’s day?
Thou art more lovely and more temperate:
Rough winds do shake the darling buds of May,
And summer’s lease hath all too short a date;
Sometime too hot the eye of heaven shines,
And often is his gold complexion dimm'd;
And every fair from fair sometime declines,
By chance or nature’s changing course untrimm'd;
But thy eternal summer shall not fade,
Nor lose possession of that fair thou ow’st;
Nor shall death brag thou wander’st in his shade,
When in eternal lines to time thou grow’st:
So long as men can breathe or eyes can see,
So long lives this, and this gives life to thee.

REMINDER:  IF YOU WOULD LIKE TO RECEIVE EMAILS ALERTING YOU TO IMPORTANT BLOG POSTINGS, PLEASE SEND ME YOUR EMAIL ADDRESS.  Most of you already get them, but if you are among the few who are not, please ask me to add your email address to that list.  Just email me at jacklippman18@gmail.com.

(Posted by me as a comment on LFAA in response to comment that American democracy’s pulse is still strong.)

‘The strength of our democracy's pulse will be measured by what kind of action the House Committee's revelations bring about. Remember we have a Constitution filled with compromises that made a civil war necessary to end slavery and permits us to daily experience a level of gun violence unheard of in other civilized democracies and a Supreme Court likely to pose an obstacle to the DOJ's taking steps to act on the Committee's findings.’

(Posted by me as a comment on LFAA in response to a comment that suggested the “USA” chant was actually ‘ugly patriotism.’)

‘The first time I heard the "USA...USA...USA" chant was at the Fourth of July fireworks display at Battery Park in New York City celebrating the nation's 200th birthday in 1976. Somehow, even then it seemed alien to me, but I couldn't quite put my finger on why. But now I can. Thanks for defining it for me as "Ugly Patriotism." It's like wearing a hat or shirt emblazoned with giant-sized American flags as proof of patriotism on the part of those not necessarily patriotic. It's their preference for the sizzle without even tasting the steak. It's why the Nazis in Germany wore armbands.’

(And while I didn’t include the following it in what I had posted on LFAA, let me now add that such ‘ugly patriotism’ also includes the American flag shoulder patches worn by public servants ranging from law enforcement to trash collectors, to make sure everyone knows that they are performing ‘patriotic’ duties, as well as doing the jobs for which they are being paid, lessening the likelihood of their being the subject of criticism, warranted or not.  And the pathetic souls who invaded the Capitol on January 6, 2021 draped their sedition in the flag, having been convinced by the lies of the defeated former president and his supporters that they were actually defending it.)

Text of letter from me to South Florida SunSentinel … yet unpublished ?

‘Many of our country’s problems stem from there being many ignorant, gullible, and stupid voters.  While ignorance and gullibility need not be permanent conditions, those voters who are just plain stupid cannot be changed. Their number is grossly underestimated.’

But I do get letters published.  The South Florida SunSentinel  printed this one on 6-12-2022

‘I disagree with the letter writer in Sunday's SunSentinel who proposed replacing the Second Amendment with a 28th Amendment filled with the details involved in gun control.  Such details should be contained in laws, not included in a Constitutional Amendment.

Federal laws regarding food and drugs, the stock market, interstate commerce, social security, etc. do not require the sanctity of an Amendment. The Second Amendment was a bargaining chip included in the Bill of Rights to gain the votes of the southern slaveholding States for the new Constitution in 1789. They wanted something to insure they would have an armed militia if ever the Federal government cracked down on slavery and they got it in the Second Amendment's first thirteen words. But in 2008, the Supreme Court said those first thirteen words could be ignored.

This left the Amendment's final fourteen words standing alone, available to invalidate gun control laws and more ominously, to justify civilians having weapons to use in trying to overthrow a government they felt was tyrannical. Because repeal of the Second Amendment would require two-thirds majorities in both Houses of Congress and approval by three-quarters of the States, it just isn't going to happen, so prepare for more gun violence.’

Although not mentioned in my letter to the newspaper, the obvious solution, then, would be a Supreme Court decision reinterpreting the meaning of the Second Amendment, putting back its first thirteen words which Justice Scalia scuttled in DC vs. Heller in 2008.   If this doesn’t happen, two remote possibilities to resolve this problem might be:

(1) A Democratic president and Congress (so long as there is a Democratic majority there) enlarging the Supreme Court, or threatening to do so, which might result in such a reinterpretation of the Second Amendment, or

(2) the temporary suspension of the Second Amendment by presidential executive order so that necessary gun safety legislation might pass.  I understand President Biden is reluctant to do this, which would approach declaring martial law.

There’s a very lengthy article about the history of Ameica's love affair with guns which I received from the New Yorker magazine online (not sure whether it will be in the print version) which leads me to make two conclusions toward which the article points but does not make (but I do): (1) The Second Amendment must eventually be repealed. (2) The manufacturing of guns should be carefully monitored and regulated by the government, and not permitted to continue independently within the private sector.  Otherwise, sooner or later, we will all kill each other.  Click here to read it and make up your mind.  CLICK HERE TO READ IT.

IF YOU LIKE THIS BLOG, PLEASE FORWARD IT TO AT LEAST ONE OR MORE FRIENDS OR FAMILY MEMBERS WHOM YOU FEEL MIGHT ENJOY READING IT.  Suggest that they visit www.jackspotpourri.com.  A simpler method might be to click on the envelope at the bottom left corner of each posting, which looks like this

. Clicking on it makes it easy to forward a very basic, abbreviated version of the blog.