09-13-2022 - Politicalizing the Courts, Arguing with the Chief Justice and Questions of Ownership

Here’s the essence of a comment I posted the other day on Heather Cox Richardson’s daily newsletter, ‘Letters from an American.’
“Professor Joyce Vance (known to those who frequently see her on MSNBC as well as on her ‘SistersInLaw’ podcasts) concluded her analysis of Judge Aileen Connor’s decision concerning a Special Master who would be empowered to limit the evidence the Department of Justice can use in investigating the classified government documents purloined by the defeated former president by saying 'It is all up to the courts, now.'

Bear in mind that the courts to which she refers include Judge Cannon's court, the Federal Court of Appeals for the Eleventh District, where the appeals of Judge Cannon's decision would be heard, and possibly even the Supreme Court. These courts are loaded with appointees made by the defeated former president and it is not unlikely that they would support him. Law school professors don't make legal decisions. Judges and justices do.

The Constitution's mechanism for appointing and confirming these judges and justices does not ultimately serve the interests of most Americans, as Dobbs vs. Jackson recently proved, when the SCOTUS did away with the right to an abortion . This will take months, if not years, to iron out. Meanwhile, national security and democracy will suffer.”

Please go back and read my posting of September 10, 2022 on this blog in which I delve more deeply into this problem tracing its trail from the Republican Party, to the Senate, and on to the Supreme Court.

To How Many People Have YOU Forwarded This Blog Posting?

Displeasure With SCOTUS Decisions and With the Senate

Although I doubt that Chief Justice John Roberts reads my blog, he clearly is bothered by what he sees as attacks on the legitimacy of the Supreme Court.  My posting of September 10, again referred to above, did not attack that legitimacy, and in fact accepted it, although the Chief Justice probably would still consider it as such an attack.

While recognizing the Court’s deficiencies, my posting focused on the difficulty of doing anything about them and settled on making the Court aware of the public’s displeasure with it and showing that by voting.  The last time I looked, expressing one's displeasure with our government or a part of it was still an acceptable part of democracy and not automatically an attack upon legitimacy.  And that includes displeasure with the Supreme Court.  If my comments on the blog attack anything, it is the way the Senate is composed and elected.  Making that more democratic would remove any concern among Americans as to the legitimacy of the Supreme Court, as well as of other things upon which the Senate acts.  My blog posting included the following paragraph:

‘Long term solutions to repair the Supreme Court’s undemocratic deficiencies, such as increasing its number of Justices or removing that 'thumb from the scale,' changing the Constitution’s ‘two seats for each State’ composition of the Senate would take years to even attempt to accomplish. For the present, then, that leaves the American people with only one thing that they can do about this power given by the Constitution to the Supreme Court and that is to show their displeasure with them.’

Obviously, Justice Roberts has sensed such displeasure and has taken a glance into a mirror.  At least that is a beginning.  But he still claims, as the attached articles quote him, that ‘you don’t want public opinion to be the guide about what the appropriate decision is.’  But public opinion voicing displeasure with the Court is not, I repeat, an attack on the Court’s legitimacy.  If my posting attacks legitimacy, it is that of the Senate, which is where the real problem originates, and not the Supreme Court, although there isn’t very much that can be done about it.

Chief Justice Robert’s concern may be found by checking out any of the articles written about it.  The Washington Post article may be found at https://www.washingtonpost.com/politics/2022/09/10/supreme-court-roberts-legitimacy/ and the Associated Press article, as it appeared in US News and World Report, may be found at https://www.usnews.com/news/politics/articles/2022-09-09/chief-justice-john-roberts-to-speak-at-colorado-conference    And my comments are there in the September 10 posting of www.jackspotpourri.com (which may, for some of you, be tacked on at the end of today's posting.)

Do you agree with Roberts and Gorsuch?  There is a delicate balance between our government’s legislative, executive, and judicial branches, established by the Constitution.  Are these Justices too busy defending their own turf?

Do you feel that the ‘thumb on the scale’ provided to the Senate by the Constitution may be giving too much weight to the legislative branch of which the Senate of course is part, injecting politics into their actions, upsetting this balance?  The composition of the Electoral College and the confirming of judicial appointments is where this imbalance is most clearly visible, although it exists elsewhere as well.

Some might dream of changing the composition of the Senate to more accurately represent the population of the States but believe me, that will not happen.  Making this kind of change would require a Constitutional amendment and because the Constitution requires that three fourths of the States approve it, it just will never happen.  Too many States like it just the way it is, cherishing their overrepresentation in the Senate.  End of story!

Thus, reform of the Senate would have to occur within that body itself by changes in the rules by which it operates, such as the filibuster, which would be easier, but still very difficult and time-consuming to bring about.  So don’t hold your breath waiting for that to happen either.

And that is where we stand today, counting on the extreme displeasure of the population with the actions of the Supreme Court being sufficient to convince at least three Justices to change their positions, giving more weight to the voices of the people than Justices Roberts and Gorsuch appear to think is proper.  Combatants usually don’t get to choose where they will meet.  But, inexorably, the battleground for this struggle will be Supreme Court deliberations dealing with the right of women to have an abortion.

It is not illegal to show extreme displeasure with the acts of government, including Supreme Court decisions, and to work to defeat candidates who do not stand up for women’s abortion rights.  As a reminder, here is the salvo with which the blog’s September 10 posting concluded.  It is repeated here because THIS IS, in my mind, THE WAY TO GO! Day after day, advertisement after advertisement, debate after debate, this should be the message!

“. . . . IF PUSHED TO ANSWER THE QUESTION, MOST REPUBLICAN OFFICEHOLDERS AND CANDIDATES WILL ADMIT TO SUPPORTING THE REPEAL OF  ROE vs. WADE, even if only to get the votes of the minority who sincerely supported repeal.

THESE REPUBLICANS MUST BE DEFEATED!

Failing to defeat them opens the door for such minority rule to change the acceptance of same-sex marriage, contraception, LGBTQ rights, and interracial marriage, all made possible through Supreme Court decisions that are now as vulnerable as it turns out that Roe vs. Wade was.

A Supreme Court which treats the doctrine of ‘stare decisis’ (basing decisions on precedent) so lightly is to be feared.

You must voice your opinion on November 8. Massively!”

This is not the first time that the American people expressed displeasure with a Supreme Court that felt its decisions should not be influenced by the legislative or executive branches, nor the opinion of the American people.  In 1857, it ruled that an escaped slave living in Wisconsin for years was still the property of his former masters back ‘down south.’  It’s a complicated story, but the American people expressed so much displeasure with the Supreme Court’s decision that they elected Abraham Lincoln to the presidency three years later.  The issue was supposedly resolved by the Thirteenth, Fourteenth, and Fifteenth Amendments and of course, the Civil War. 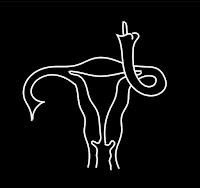 Current displeasure on the part of the government’s legislative and executive branches, along with that of much of the public, with the Supreme Court’s decision in Dobbs vs. Jackson Women's Health arises from another question of ownership.  In 1857, it involved ownership of a person, Dred Scott.  In 2022, it involves ownership, manifested by control over it, of a woman’s uterus.  But clearly, however much displeasure there might be with the Supreme Court’s decision, it must be resolved peacefully this time around.  The best way to do that is to defeat any candidate who supports that decision on November 8.  The votes of women may just accomplish that. 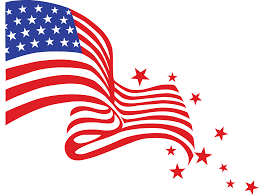