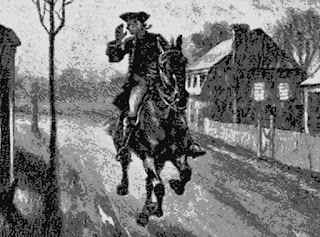 There is only one issue of political concern right now. That is how to defeat Republicans on Nov. 8, about 26 weeks from now.  The future of democracy in the United States is at stake.  Really.
A tsunami of Democratic votes from persons of color and from women is needed to retain control of both Houses of Congress and to take over as many State Legislatures as possible. Republican actions at National levels and especially at State levels are never in the interest of these voters whose voices and votes are necessary.
The Democratic Party must recognize this and not let intra-party disagreements deter them.

You must do your part.

A Supreme Court that Reverses Roe vs. Wade Loses its Credibility

In the areas where it has jurisdiction, as defined in Article III of the Constitution, it seems that its undefined role is to determine what is, or is not, in accordance with law, precedent and finally, the Constitution itself, including its Amendments.  In Marbury vs. Madison in 1803, this doctrine of such ‘judicial review,’ this precedent, was firmly established, more specifically defining the SCOTUS’s role.

Mostly, that has worked.  But when the American people elected the defeated former president to office in 2016, a man ignorant of government, these things changed.  He had specifically vowed, in running for office, to appoint justices who would overrule Roe vs. Wade, a case which established a constitutional right to abortion in 1973 and which was a vital vote-attracting campaign tool for most Republicans.  He didn’t understand that that was not the way the SCOTUS is supposed to work, from its position away from the politics which permeated everything else that went on in Washington.  But he got away with it.  No one called him on it or recognized the essential threat to the structure and operation of the SCOTUS which he proposed by making appointments based on a nominee’s political views.

Our Supreme Court Justices then became no different from the political hacks who sit on the bench in many local courtrooms throughout the country, getting their appointments as a loyalty reward from their party after being ‘termed out’ from other positions or losing an election. Getting appointed to the SCOTUS now depended on a potential candidate’s politics.  It is not supposed to be that way but the defeated former president made it that way.  His actions changed the rules.

Right now, the Justices, three of whom are there only because of their politics, are attempting to deal with this problem.  It is complicated by the half-truths, if not outright lies, they uttered at their confirmation hearings and the undemocratic words of Justice Alito in the leaked ‘draft’ which states that “We cannot allow our decisions to be affected by any extraneous influences such as concern about the public’s reaction to our work.”

It is pretty clear by now that the SCOTUS will end up returning any regulation of abortion to the States.  That battle has been lost already, but it will take many years for the smoke to clear, since the majority of Americans will disagree with that decision.

What Justice Alito wrote would have been a reasonable position had not the defeated former president changed the rules by insisting on a political basis for his three SCOTUS appointments.  Because of the politics involved in those appointments however, the rules were changed making ‘public reaction’ to the Court’s behavior a legitimate consideration.  Therefore, Justice Alito’s words come across as simply undemocratic.  Some believe that the ‘draft’ was leaked specifically to prevent the other Justices from being swayed by the public’s reaction, but it is now too late for that.  The furor of the country has been aroused by the politicized SCOTUS.

(A bit of history:  When the SCOTUS issued Chief Justice Taney’s opinion in the Dred Scott case in 1857, it ignored the same ‘public reaction’ that Justice Alito references in the ‘draft.’ Three years later the Civil War began, precipitated by this decision. This is what happens when the SCOTUS climbs down from its supposedly non-political pedestal and swears in Justices chosen for their political beliefs.)

I anticipate that the SCOTUS’s final opinion regarding Roe vs. Wade will show some, if only token, respect for ‘concern about the public’s reaction’ and not be as viciously ironclad as Justice Alito’s words in the ‘draft.’ But even this will not restore the Court’s credibility, diminished if not destroyed by the defeated former president.

This confusing mess exists only because too many American voters in 2016 were (take your choice) uninformed, inattentive, gullible, ignorant, stupid or actually hateful enough to elect a totally unqualified candidate as president, a man who was voted out of office in 2020 and is still too self-centered to acknowledge his defeat seventeen months later and who inspired a violent insurrection to prevent his successor from taking office. Honestly, he should be behind bars today; only fear of violence from his supporters prevents that from happening.

Democracy has its flaws. Now, don't we know it.

IF YOU LIKE THIS BLOG, PLEASE FORWARD IT TO AT LEAST ONE OR MORE FRIENDS OR FAMILY MEMBERS WHOM YOU FEEL MIGHT ENJOY READING IT.

There’s a little envelope at the bottom left corner of each posting enabling you to easily do that.  It looks like this:

.   Just click on it and follow the instructions.  It will forward the full text of the blog posting (but not any illustrations or images, like that little envelope with the arrow) to whomever you want.

How the Federal Reserve’s .05% Interest Rate Increase Affects You

Who borrows at that interest rate anyway? Banks do, and pass it on to their borrowers, especially mortgagors and businesses needing funds with which to operate and to expand.  Banks borrow this money from our Treasury, currently at rates below 1% which will rise by that .05%  (what they call 50 basis points).  Of course, banks pass these funds on to their borrowers at a higher interest rate. That’s what the banking business is all about.  That’s how they make money.

A year ago, this money was available for mortgagors, for example, at about a 3% interest rate. In anticipation of what the Federal Reserve Bank has just done, this rate has already risen to over 4%.  As a result, with money becoming more expensive or ‘tighter,’ some jobs dependent on such loans to individuals and businesses will be lost, lowering demand a bit, which is not tragic in a period of low unemployment in our ‘safety-net-protected’ economy, and is believed by some to be a way of halting inflation.

Financial speculators, who depend on bank credit to make some of their investments, will be affected too, which honest investors should not mind. It might send the speculators back to the casinos where they belong.

Contrary to what I read in the papers, consumer lending, such as credit card debt, will not be affected since it already costs far more, with double digit interest rates that are taken in stride by those who have been ‘suckered’ into borrowing at such ridiculous rates by banks to acquire such debt.  If you have a credit card, always pay the outstanding balance every month.  What you don’t pay is subject to interest rates ranging from 12% to 25%, which is awful, and you should consider existing without a credit card.

The .05% increase in what our Treasury charges banks to borrow from them will slow down the economy, decreasing demand as explained above until happy equilibrium between supply and demand is reached, which ought to control inflation.

(Automobile manufacturers, I am sure, will find a way to get customers to pay a higher interest rate to lease or purchase a car, and the continuing need for housing will not be curtailed by higher mortgage rates or greater construction costs either, but eventually, even these demand pressures will be matched by supply.)

I understand that might require a few more .05% increases in what our Treasury charges banks to borrow.  It’s like a physician changing a patient’s blood pressure medication dosage, as the readings show an increase or a decrease.