What to Do Until the Second Amendment is Repealed

Repealing the Second Amendment Will Take Too Long

Okay … There has been another mass shooting.  There will be more next month and the month after as well.  Mark my words.  It is time to face the hard facts.

These things will not end with half-way measures.   Providing protection at schools, shopping areas, houses of worship and other targets of gun violence, better background checks, attempts to keep weapons out of the hands of those with mental problems and keeping military-style weapons out of civilian hands are not sufficient solutions.  They merely address the “result” of the gun violence problem.  They don’t solve it.

The real “cause” of gun violence is the availability of guns, not so much the people who squeeze the triggers.  The availability of guns must be addressed with effective legislation.  Only the repeal of the Second Amendment would truly, finally and permanently enable the country to do that.  That is the hard fact, the bottom line, for solving the problem of gun violence.   But that’s just not going to happen so fast.  That will take years and years, permitting many deaths from gun violence to take place.

Meanwhile, something must be done in the short term.  The Republican Senate, and Republican State legislatures have prevented the passage of laws on the Federal, State and local levels to address this problem and reduce the tragic gun violence which is tormenting our country.   It is obvious that Republicans must be voted out of office if anything is to be done to solve this problem.  That's something you can do!

Making such laws even more difficult to enact in Congress and in the States is the Supreme Court’s D.C. vs Heller decision in 2008 which has, until the make-up of the court changes, eliminated the Supreme Court as a solution.  (More on that further on.) That is why it is vitally important that the Senate, which approves Supreme Court appointees, be put back into and kept in the hands of those who understand the importance of the Supreme Court and the Second Amendment in reducing gun violence.  The Republicans have always understood this.  It's time for everyone else to learn it.

Right now, all Americans should understand how the country reached this tragic point.   The best place to start is with the words of the Second Amendment to the Constitution itself.  It is time to review them.  Will this ever end?

The Second Amendment: “A well-regulated Militia, being necessary to the security of a free State, the right of the people to keep and bear Arms, shall not be infringed.”

Simple enough? Back in 1789, It meant that the people who would be called upon to serve in a militia to protect the security of one of the thirteen free States should not be legally deprived of owning weapons, something they would be expected to bring with them when called for militia duty.

Really though, it wasn’t that simple.  Back then, some of the slave-holding Southern States were wary of the new Federal Government which the proposed Constitution would establish. It would have an army which they feared might someday be used to force them to end slavery. Each of the new thirteen States considered itself to be “free” to do certain things on their own and the slave-holding ones wanted to be able to raise a militia if such a situation arose with which to oppose the Federal Government’s army.  The right of the people to keep and bear arms was accepted as a normal thing in those days, as it is today, and they wanted a guarantee that it would stay that way so that those who were recruited into their militia would have weapons to bring with them.

Without such a guarantee, without which they might be prevented from raising an armed militia, these States would not vote the approve the Constitution. They received it in the form of the Second Amendment, and they voted for the Constitution.  Hurrah!  Maybe.

Today, our State militias consist of National Guard units and its recruits do not bring their own weapons, and it is inconceivable that they ever would be called upon to defend their State against the Federal Army. Therefore, the purpose for which the Amendment protects the right of the people to keep and bear arms, as clearly laid out in the first thirteen words of the Amendment by James Madison, no longer exists.  But even without that Amendment language, that right had been accepted as normal then, and it still is.  It was specifically included in the language of the Bill of Rights only to buy the votes of slave-holding States in order to approve the new Constitution.

The Second Amendment’s final fourteen words describe a right which was then, and today, considered as normal.  It does not need to be broadly protected by an obsolete Constitutional Amendment any longer, one which was specifically designed in 1789 only to protect that right from an unspoken threat as described above and which no longer exists, the fear of the Federal Government by slave-holding States.

Using those final fourteen words of the Second Amendment BY THEMSELVES to protect that right today enables it to be MISUSED, making it difficult to create and enforce laws to protect innocent members of society from gun violence.  The ultimate repeal of the Second Amendment will not affect the long-standing right of people to responsibly keep and bear arms. They always have had and will continue to have that right.  But such repeal will take too long.  Something must be done in the meantime.

Now let’s get back to the Supreme Court’s D.C. vs Heller decision, mentioned earlier as an impediment to addressing the gun violence problem.

Sadly, the Supreme Court, in 2008, ruled in a 5 to 4 decision in that case, that the final fourteen words of the Second Amendment (‘the right of the people to keep and bear Arms, shall not be infringed’) can stand alone and do not depend on its first thirteen words when they ruled that a District of Columbia law regarding weapons was unconstitutional.  This has prevented the passage of laws on the Federal, State and local levels to reduce the tragic gun violence which is tormenting our country.  The names of the late Justice Antonin Scalia (who wrote the opinion) and Justices Roberts, Kennedy, Thomas and Alito will go down in American history as bathed in the blood of the murders they made possible.


(CLICK HERE TO READ A SUMMARY OF 'D.C. vs HELLER'  which not only includes Justice Scalia's majority opinion but the dissenting opinions of Justices Breyer and Stevens, the latter of which was right on the mark.  Make up your own mind.)

Let me now repeat the words stated earlier in this posting:
It is vitally important that the Senate, which approves Supreme Court appointees, be put back into and kept in the hands of those who understand the importance of the Supreme Court and the Second Amendment in reducing gun violence.  The Republicans have always understood this.  It's time for everyone else to learn it.

It will take decades of new appointees to undue the harm done to the nation by the D.C. vs. Heller decision.  That’s because President Trump’s appointees, Justices Gorsuch and Kavanaugh, who will be around for a long, long time, were political appointees, both having passed the G.O.P.’s litmus test regarding gun legislation (and also regarding abortion) in order to please the President’s shrinking base.

Meanwhile, people will continue to die.  We need another James Madison to dig us out of this dilemma of his making.  And of course, you can help too when you vote.
Jack Lippman 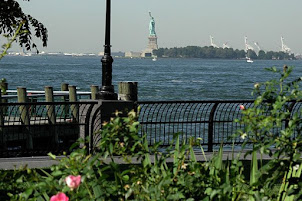 You've seen TV commercials filmed at this location. But precisely where were the cameras located? 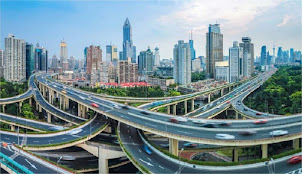