Unemployment in Europe, Father and Sons, "Belle" and False Equality in Holocaust Issues

Once upon a time there was a man in the petroleum equipment business.  In the years leading up to World War Two, he acquired the USSR as a client and spent some time there helping to equip their oil industry.  Oh, he made a lot of money from them, and continued to prosper afterwards but the major thing he gained from his work with the Russians was a strong distaste for their social, political and economic system.

Back in the United States, he drifted toward others who shared his dark view of Communism and became one of the founders of the ultra-conservative John Birch Society.

His sons, who ultimately took over his business, shared his ideas, and while as virulently anti-Communist as their father, they also felt that government involvement in social and economic activity impinged on individual rights and could ultimately serve as a gateway to the evils their father had seen in the Soviet Union.

Hence they turned to the cause of “libertarianism,” which advocates the freedom of individuals to exercise their innate freedoms without interference from government.  Libertarian politicians (including one of the sons who was the Libertarian Party's Vice-Presidential candidate in 1980) have not succeeded in attaining major public office as such, so over the years, many libertarians have turned to support of the Republican Party, whose ideas are closer to libertarian ideals than are those of the Democratic Party. They continue to do that today and try their best to infuse the G.O.P with libertarian ideas, particularly by supporting the Tea Party wing of that party, working toward limited government and free markets on the local, state and federal level. 
Over the years, the sons mentioned above have done very well financially in the petroleum and chemical businesses and have almost unlimited financial resources with which to support the cause of libertarianism by injecting it into the G.O.P.'s agenda.    Quite clearly, their support of Republican candidates is not merely one of wealthy people making political donations.  It is a subtle echo of the John Birch Society with which their family was deeply involved.  (IF YOU DON'T KNOW ABOUT WHOM I AM TALKING, I RECOMMEND THAT YOU CHECK OUT THIS BLOG'S POSTING OF MONDAY, MAY 19, 2014.)

If you could follow the historical trail of where their political donation money has gone, you might see that the dollar trail leads from the John Birch Society to the Libertarian movement to the Tea Party and now, to the heart of the Republican Party.

People who choose to vote Republican should be very much aware of the ideological background of these contributors to the G.O.P.   Might their agenda, and that of some of those who eagerly accept their money, stretch beyond simply desiring free markets and limited government?

The current film "Belle" deals with a noble 18th century English woman whose mother was a slave.  Ultimately, slavery was abolished throughout the British Empire in 1833.  Thirty-two years later, in 1865, the Thirteenth Amendment to the Constitution abolished it in the United States.


But in 1859 in the United States, slavery still existed as illustrated by this relatively humane poster advertising a slave sale (Some sales and auctions were much more brutal).  "Belle" illustrates the social environment in England a century earlier and the challenges the movie's heroine faced.  It is well worth seeing.  The poster, of course, should serve as a reminder to Americans of what was a blot on the first 76 years of our nation's history.  The English and American experiences with slavery cannot be separated because they both involved the same economic and social injustices. 
The following assignment was recently given to an eighth-grade class in the Rialto (California) School District, fifty miles east of Los Angeles.

“When tragic events occur in history, there is often debate about their actual existence. For example, some people claim the Holocaust is not an actual historical event, but instead is a propaganda tool that was used for political and monetary gain. Based upon your research on this issue, write an argumentative essay, utilizing cited textual evidence, in which you explain whether or not you believe the Holocaust was an actual event in history, or merely a political scheme created to influence public emotion and gain. Remember to address counterclaims (rebuttals) to your stated claim. You are also required to use parenthetical (internal) citations and to provide a Works Cited page.”


Needless to say, as a result of protests and media coverage, the assignment was withdrawn.  To put it into a degree of context, the classes involved had just completed a unit involving reading “The Diary of Ann Frank.”

Rather than simply addressing the propriety of such a class assignment, what occurs to me is that in framing the sides of any debate, there should be some equality of credibility between the two sides.  If one side of an argument is based on unproven, undocumented and non-existent facts, and the other side is arguing from proven and documented facts, the first side is given the appearance of “equality” in the argument which it does not warrant.  This kind of thing has been called “false equality.”

The crematoriums at Auschwitz are not a subject for debate

If a debate were to be held concerning whether or not the moon were made of green cheese, it would be absurd to dignify the side advocating the “cheese” explanation with equal status to the astronomers and other scientists in the debate.  In the Rialto School District assignment, such “false equality” was given to Holocaust deniers and their unproven beliefs, which were made available as source materials.   (The assignment was withdrawn at the direction of the District’s Interim Superintendent, Mohammad Z. Islam.)  Hmmm.

In arguments about such subjects as climate change, evolution, health care reform, gun control and income or wealth inequality, we should always be on the alert to see if one of the sides in the argument is so weakly based on facts that their very presence in the debate at all is merely another instance of “false equality.”
JL

Austerity in Europe?  Cutting costs to achieve economic recovery has taken away jobs and reduced the spendable income of those Europeans fortunate enough to have them.  And this shrinks economies even further as less is spent.  Thus the economic crisis in Europe has not been solved.  And it won't be until unemployment figures improve.  People working have money to spend which in turn creates more jobs.  It is the role of government to put people to work in government-initiated jobs and also provide low interest financing to businesses which will create jobs.  If banks will not take this risk, governments must.  And if their finances do not permit it, then the monetary philosophy of all of Europe must be flexible enough to take these risks, even if it involves Central Banks creating money out of thin air, as "quantitative easing" has done in the United States to keep interest rates down. The following chart, illustrating unemployment changes over the past five years, comes from BloombergView.

Could it be that low labor costs in third world countries plus advances in technology are permanently reducing the number of available jobs not only in the United States, but in Europe as well?  In the past, I have suggested a mandatory retirement age of about 50 and a maximum 30 hour work-week so that the available jobs would be easier to distribute among a nation’s labor force, thereby significantly reducing unemployment, but creating a greater need for government subsidized benefits, including pension plans for those over 50.  To fund this, economies will have to be flourishing, and with full employment, they very well might.

Hamburg Airbus Employees (above) and less docile Greek workers (below)

The chart shows that unemployment has not risen in Germany.  That may be due to a willingness on the part of Germans to work harder, save more and make sacrifices where necessary.  Thus far, other European nations have not been successful in following this path.


As pointed out in the blog's rightmost column, all advertising revenues received from Google Adsense (which provides the ads on this blog) go to charity.  This week, funds were donated to further cancer research at the Sylvester Comprehensive Cancer Center at the University of Miami's Miller School of Medicine as well as for medical research being done at Hadassah Hospital in Jerusalem, Israel.  These contributions were made through groups supporting these institutions at Cascade Lakes in Boynton Beach, Florida.

So please check out the ads !
JL

HOW TO BE ALERTED TO FUTURE BLOG POSTINGS.
Most readers of this blog are alerted by Email every time a new posting appears.  If you wish to be added to that Email list, just let me know by clicking on Riart1@aol.com and sending me an Email. 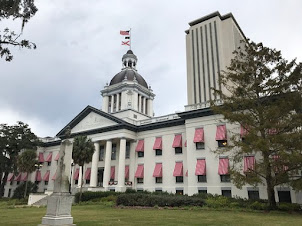 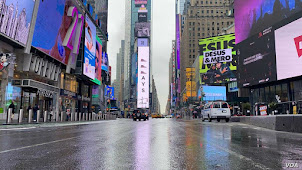